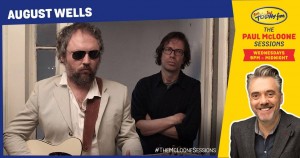 When we were in Ireland touring recently we had the pleasure of recording a 3 track live session for The Paul McLoone Show – Today FM, tune in to Today FM tomorrow Wednesday from 9pm to hear it!! A big thanks to Paul & Kate for having us back again.

XSNoise unveils our new track from our upcoming new Album.

The album features a selection of top quality psychedelic chamber-pop tracks with strange brass, haunting beautiful piano, and a vocal that has been described as ” possibly the most evocative, even beautiful, Irish singing voice ever recorded”

Ken Griffin and pianist John Rauchenberger have met in the middle of differing musical pasts to form a band who would sit easily at the same table as Scott Walker or John Cale. 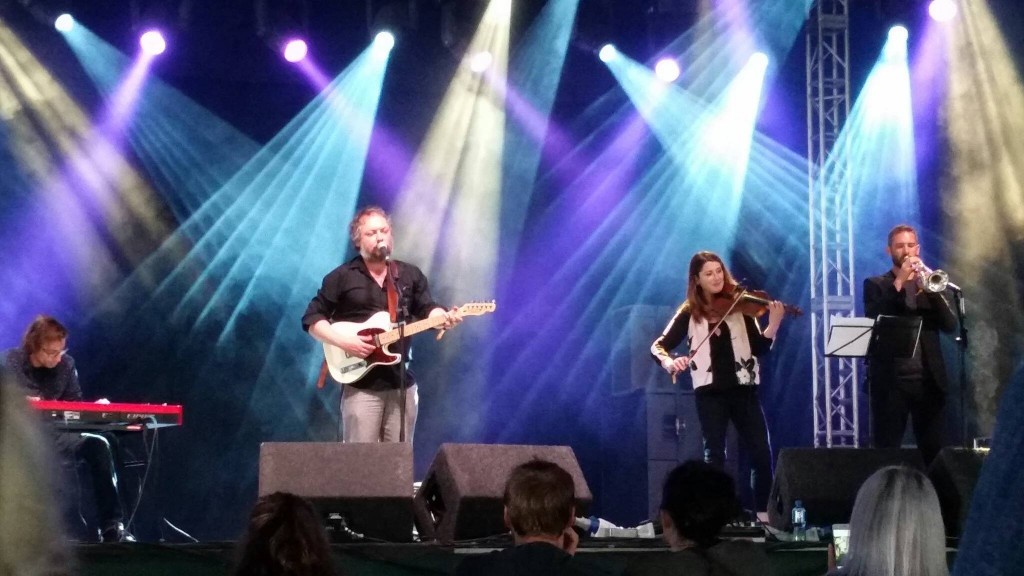 We are just back from a wonderful six week tour of England and Ireland.

Thank you Mother Ireland, I was hypnotized by your fields and hills and mountains, lifted by your painted skies, by the people I was overjoyed, with my family and friends I laughed and cried, the songs were beats in rooms like hearts, until the next lovely time, when it will all again accidentally rhyme. 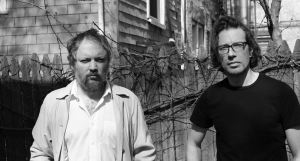 We recently recorded a track for the album ‘Rising Against Homelessness’ a new album to Fight Homelessness, It includes covers of classics like ‘The Foggy Dew’, ‘The Auld Triangle’, and our take on ‘The Night Visiting Song’, Glen Hansard, Sinead O’Connor, Mundy , The Chieftains, The Waterboys, Camille O’Sullivan and many more have contributed tracks.The initiative has thus far raised €35,000, and aims to raise €1 million. It has just been released and you pick up a CD in record shops and Starbucks outlets around Ireland for just €10 or if you want your music in digital form, you can also find it on iTunes. 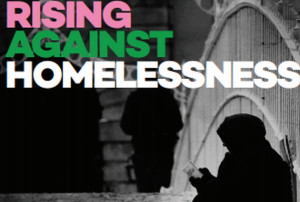 What you need to know about August Wells in 4 easy points, compliments of broadsheet.ie ,cheers guys!!

“With their critically acclaimed debut album ‘A Living & A Dying Game’ and a string of fine singles already under their belts 2016 is shaping to be another busy year for August Wells. April will see the bands sumptuous single ‘Here in the Wild’ get its official UK release. A thoughtful, piano and string-drenched track that bears the wistful hallmarks of songwriters whose place in a weary world is tempered by the acceptance of some of its fateful twists”…

The solidly luscious tune, gets our full attention from the start, graced by Griffin’s poetic, timelessly emotive and stirring voice. 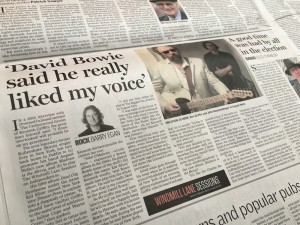 Here’s an interview we did with Barry Egan of The Sunday Independent to go along with the Windmill Lane Session we recently had the pleasure of recording.

In a 2014 interview with Drowned In Sound entitled ‘The Undiscovered Genius of Kenneth Griffin’, the great man himself said: “I think ‘overlooked’ will probably be on my gravestone.”

The semi-legendary former front-man of Rollerskate Skinny lives in New York but is back home in Dublin to promote his band (with John Rauchenberger) August Wells’ new album Madness Is the Mercy (and to play The Windmill Lane Sessions on Independent.ie )

“I always felt like I am looking at life through a window, even when I am walking down the street. There is a kind of terrifying amusement I find in everyday things that people do. I find it fascinating to sit in a diner and watch fifty people eat. It becomes almost pornographic to watch them stuffing things into their faces. I am very interested that people seem to stare to about two feet from their faces. I think ‘otherness’ begins about two feet from their faces. They all seem to be staring at this invisible thing. I was writing a song recently about the dark acceptance, you know, some kind of acceptance that people are in…”

Read and see the entire interview and live tracks we played in the studio here: http://www.independent.ie

“I know a boy who/Stays in his bed/Says he’d much rather/The life in his head” were the first lines of “Come Away From The Silence”, off the upcoming album by August Wells. It was breaking through the chat in a Waterford pub on a dull winter night, and had that  very specific August Wells’ feel to it – honed from the crooned baritone of Ken Griffin’s charmed well of a voice, and the understated keyboard foundation of John Rauchenberger. This live version also carried a vague Irish air to it, a swaying stroke of Griffin’s guitar that buoyed it off-stage.