The voice behind Rollerskate Skinny is back with a new project called August Wells. Ken Griffin left Dublin in the late ’90s for New York, where he formed Kid Silver and Favourite Sons. Griffin still calls NYC home. Indeed, the singer has just returned to a still scorching Big Apple, despite it being September, which is a shock to his system after a brief Irish tour that included a set on the Other Voices stage at Electric Picnic.
“For the very first time in twenty years it has really crossed my mind to move back to Ireland,” Griffin reveals. “There is something in the air and environment, which is now harmonious with who I am. I actually feel a little behind and I need to do some catching up. The Ireland of my mind doesn’t exist anymore.”

Griffin has been round the block with a major label deal, but is much happier with the more modern, independent and self-sufficient way of doing business. “I can play a show now and sell twenty albums directly to people,” he enthuses. “I understand there is less opportunity to make money, but there are communities making exciting things happen. In the late ’80s and early ’90s, anybody who had any integrity in music wanted the industry to die anyway. Who gives a fuck about the music industry? They never gave a fuck about me.”

Griffin is embracing these new opportunities wholeheartedly. “The power is back in the hands of the musicians,” he says. “I did Other Voices for TV and Electric Picnic. It was all arranged in about two or three direct emails. Before, you would have to go through such rigmarole. The next thing you know you’re being interviewed in Dingle by the guy who was in Game of Thrones.”

While he was home, Ken went into the studio with Girl Band to record a version of the old Rollerskate Skinny song ‘Bow Hitch Hiker’. “In the modern world your work lives forever,” he says. “It is incredible for me to play the Workman’s Club at the age of 45 and the crowd love it. The work is still being found by people.” 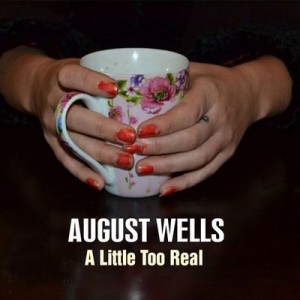